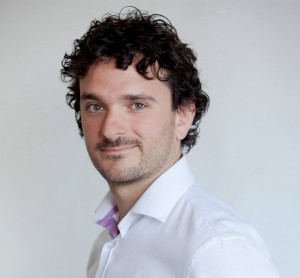 I’m very happy to announce the imminent arrival of yet another feature-filled, free update for Maxwell V3!

V3.2 has just been uploaded to our Early Builds Area, so licensed users can go ahead and try the beta version. In this post I’m going to run through some of the main new features and improvements, so that you know what you should be looking out for! So, let’s take a look…

Improvements here are remarkable! This scene was rendered with V3.1.0 on the left, and the new V3.2 on the right. Both were rendered for the same time, up to sampling level 12. Check out the difference in noise clean up (click on the images and look at the ear). 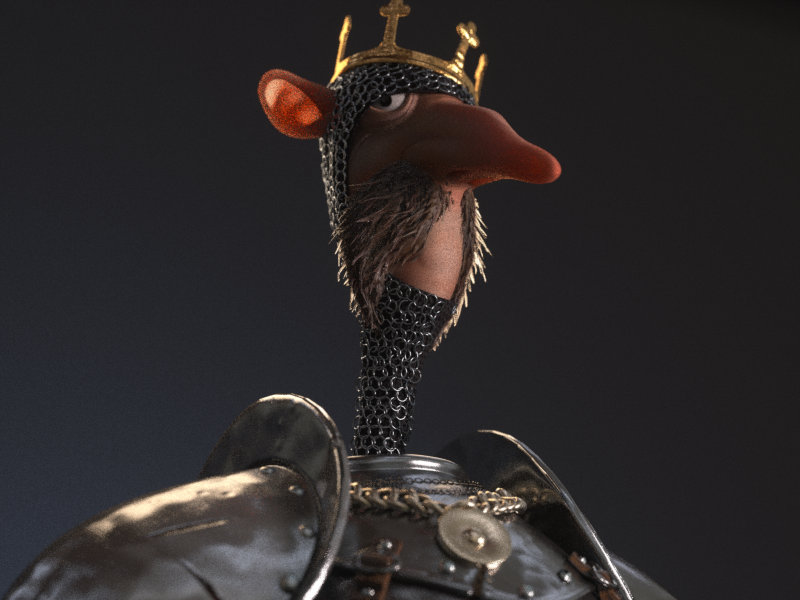 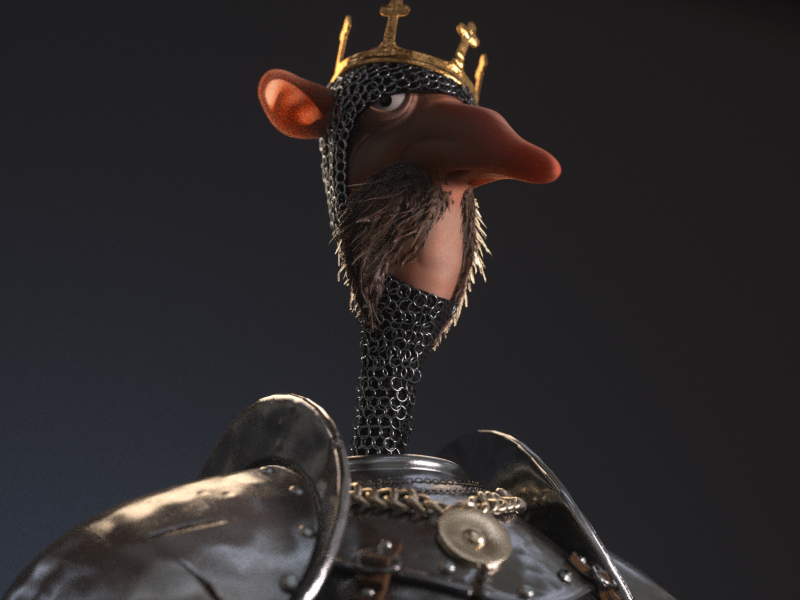 This is a major improvement, especially for anyone rendering fluids – dielectrics inside dielectrics render much better now in Maxwell V3.2, as you can see clearly in the example below: Before (on the left) and after with V3.2 (on the right): 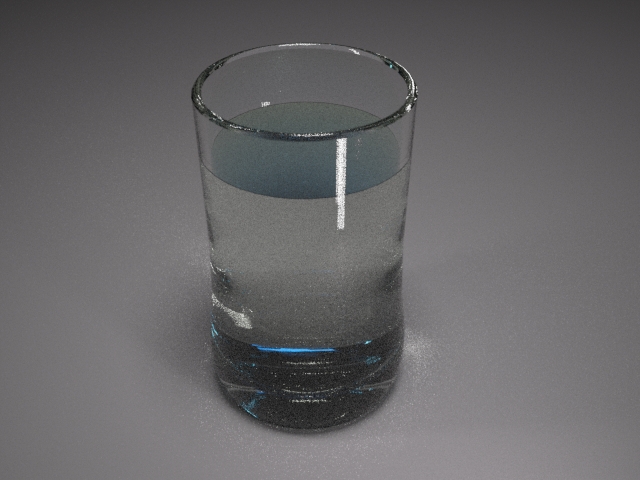 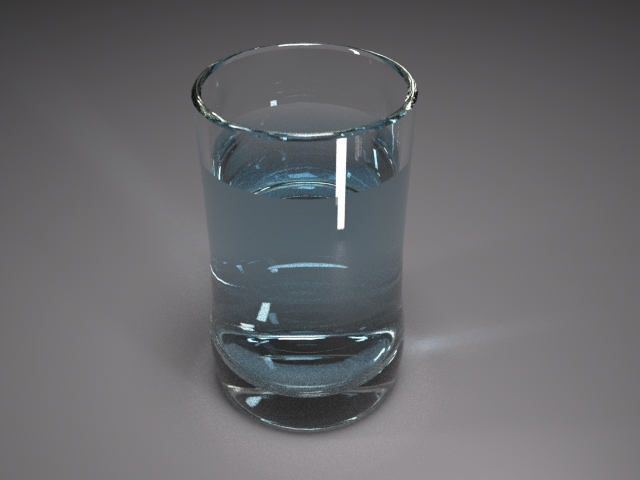 Just to explain briefly how this is done – there is a new material parameter called “Nested Priority”. By default all materials will have the same priority (0, which is the maximum), but when adjusted, Maxwell will prioritize the one with the lower number over the rest – useful when you have an overlapping of dielectrics/SSS materials. With this method it is possible to render complex water/glass/ice surface without numerical issues, by simply adding a small overlap between geometries. In the liquid inside a glass example, the liquid is modeled slightly larger, invading the glass body. The priority is then set to 0 for the glass, and 1 for the liquid (or any value higher than that used for the glass). This way, the overlapping volume with be filled with just glass, the liquid wall will be removed, and the remaining walls will then render appropriately as either glass or liquid, depending on the ray direction.

This improvement will be especially useful to Maxwell and RealFlow combined workflow users and anyone rendering fluids.

Here’s another example below, and you can read more about this new feature in our Support Center here: 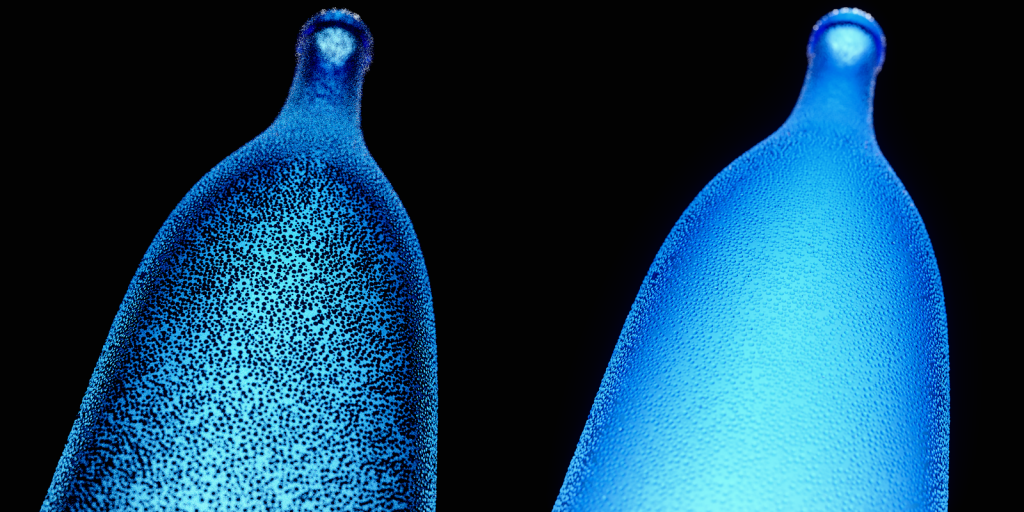 We have implemented two new lens types in V3.2: Lat/Long (image above) and Stereo Fish Lens (image below). These lenses are stereo lenses, which means that the user can choose if they render the left or the right eye and can set the intraocular distance. They are geared up for camera travelling in virtual reality (VR) systems such as Oculus. We hope that our archviz users affected by the VR revolution will find these new lenses useful and exciting!

It is now possible for third party developers to develop their own procedural geometries, geometry modifiers, procedural textures, camera lens, etc. Many of the latest improvements in Maxwell (volumetrics, hair, grass, particle rendering, etc) use this API internally. The possibilities are endless! This API extension is included with the main package and is free for both personal and commercial use.

Maxwell V3.2 can now save the render in PSD format in 8, 16 and 32 bits. It supports multi-layered PSD’s, so channels and light buffers (when Multilight is enabled) can be embedded as separated passes. Simple! 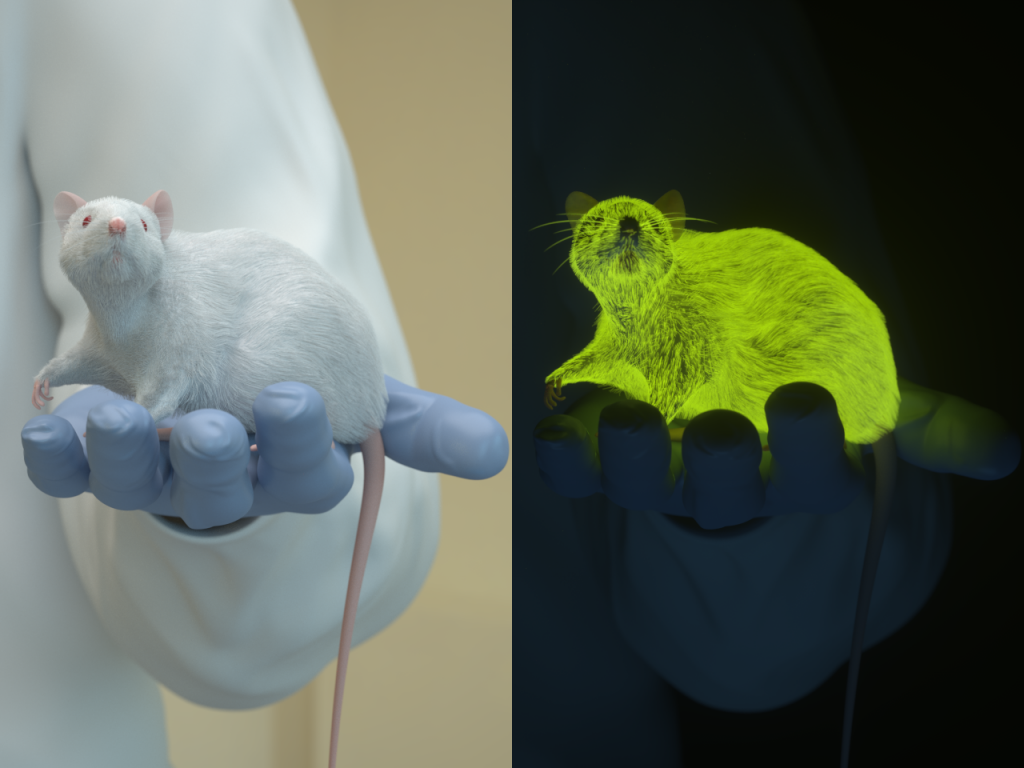 As you probably know, the way Maxwell that produces light involves an emitting material being applied to an actual triangle mesh. Now it’s possible to apply emitter materials to entities that are not triangle meshes – such as hair and fur, particles, grass.

We hope that you will find this helpful when rendering glass for example. Less noise in glass buildings for our architect users! 🙂 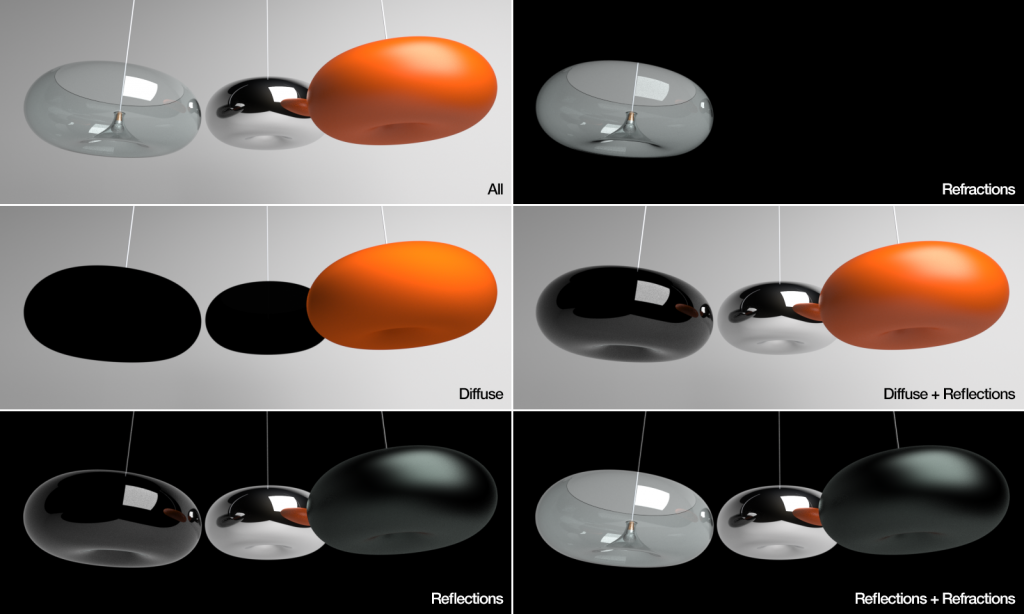 We have added a new “remove overlapped” option to avoid collisions between instances generated by the scatter algorithm. In your scene you might want to distribute trees over your garden randomly, but you do not want these to intersect in a way that would not happen in real life. Now you can automatically avoid this!

There is also a new “uniform scaling” option to avoid undesired deforming when scaling scattered instances.

This new channel shows plain colors without the influence of global illumination. It is very useful for achieving “self illuminated textures” when used in combination with custom alpha channels.

Render on the left and Reflectance channel on the right – notice there aren’t any shadows or highlights!

This new percentage allows you to define the overall growth direction of your grass blades towards the world-Y axis (sky direction). This follows the natural phototropism in plants, where no matter the ground surface angle, they will grow towards the direction of the World-Y. The rest of the angle parameters can be applied after this main growing parameter; so the Initial Angle will mean a deviation from this main growing direction, as well as the Initial Angle Variation.

In V3.2 it is now is possible to select and edit multiple emitters at the same time and there is a new “Sort by name/type/intensity” function.

This new extension allows you to work with references of many different file formats, in the same way Maxwell works with referenced MXS’s – so these geometries are not pre-converted to MXS files but Maxwell now works with them directly, and they are loaded in render time.

Maxwell Render V3.2 will be a free update for all V3 users, we hope you enjoy the new features and improvements. I’ll leave you with a list of additional bug fixes!

Thanks to all Maxwell users for your feedback and for making Maxwell what it is.

The new network system (tp_network) is much more stable now. Many features of the old network system have been added.
Better support for Extra Sampling in cooperative renders