Who is John Robson? 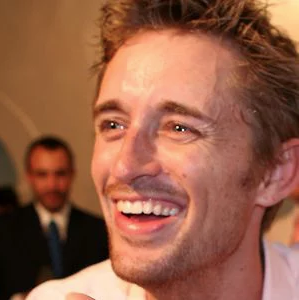 I’m a director and motion graphics / vfx artist. I began working in production as a camera assistant, but I couldn’t find enough work, so I started learning editing and animation in my spare time. Over the years I developed my skill set and moved more towards 3D animation and C4D, working for companies such as Motion Theory, Mirada, Blind, Royale, and Gentleman Scholar. Currently I am splitting my time between post production and directing commercials and short films.

I first used Maxwell In 2010 working at Motion Theory. They were testing it on a Hershey’s job and it looked fantastic. The workflow really fascinated me.

A job came in for Coca Cola for a movie theater commercial in stereoscopic 3D, and they asked me to learn how to use it with C4D and RealFlow to create realistic Coke and popcorn.

I’ve since used Maxwell for several jobs over the past 4 years, both in studios and on personal projects. Some studio jobs include the Coke job I mentioned previously, Inova, Instinct, and recently 2 spots at Blind – one for Travelers Insurance and the other for a dishwasher detergent brand (not released yet).

And then for personal films like Onward, Supper Time, and Red Within, the latter combining Maxwell with RealFlow to create photo-real fluid sims.

I’m a firm believer that every project will create a new challenge that I will need to overcome and that I’ll always learn something new. I don’t believe anyone really ever knows how their final image will look before they start. So the process of getting to that point through experimentation is vital, and for me, it’s where I thrive. Having tools readily available to push creative ideas without slowing down the process because of technical issues is incredibly important.

The process of look dev is what will almost always set the benchmark for how the project will look, so it’s crucial to have the right tool for the job, and Maxwell has worked great for that.

Every job that I’ve used it on has been incredibly helpful, especially my personal films, where I don’t have the budgets of the studios I work for but I want the same quality results.

Why Maxwell for look development?

I like to look at lighting and rendering from a photographer’s standpoint. It’s important to be able to look past technical settings and treat any scene like it’s a real space in the physical world, with a camera that reacts accurately to what I’d shoot with, and to use lights with wattage, not just arbitrary numerical values. Once I set all the variables of how I’d work in reality, the software does the rest, and I can rely on it to look beautiful, realistic, and accurate without having to worry about what’s going on under the hood.

The FIRE engine helps me explore lighting setups quickly so I can create with broad brush strokes. Then once I get into more detailed lighting, Multilight is what separates Maxwell from the rest. Being able to adjust and relight while rendering or after it’s finished saves so much time since I don’t need to keep re-rendering to experiment.

Also during the look dev phase, Maxwell’s unbiased sampling works great because I don’t necessarily need to render a production quality image, so I can get a few sample levels in and already see a good representation of what my render will look like, without having to sit around for buckets or scan lines to finish rendering a single frame.

When I do need something of higher quality and I’m working at a studio with a render farm, using cooperative rendering to utilize several machines to create a single image allows me to very quickly create a production quality image for review with my team.

Maxwell has a relatively easy learning curve to get started, but it is really easy to make your scene heavy relatively quickly. Over time I learned my workflow, which is unlike any renderer I’ve used before. The materials were the biggest hurdle. Based on real world values and terms, it wasn’t easy to learn, but understanding their importance shows why they look so realistic. When you want to go photo real, it’s hard to cheat nature. After a bit of time with the software though, anyone can pick it up and run with it.

We would like to thank John for sharing his experience with us on the blog and for his awesome projects with Maxwell!